HMH Support is here to help you get back to school right. Get started

The History of Carmen Sandiego

From the moment she stormed the edutainment scene in 1983, international thief Carmen Sandiego™ has been dodging the crime-fighting moves of student sleuths and nostalgic adults, leaving a trail of essential geography, civics, history, astronomy, language arts, and math lessons in her wake.

Carmen brought her lessons to television five years later. In 1990, the Emmy-winning Where in the World Is Carmen Sandiego? kids' game show premiered on PBS, attracting 5.5 million weekly viewers and earning the ranking of "most watched" by nine- to 13-year-olds. Where on Earth is Carmen Sandiego?, FOX's animated Carmen Sandiego series for kids, debuted in 1996 and was the first Saturday-morning children's program ever to win a "Best Animated Program" Emmy. A second award-winning iteration of the live-action game show, Where in Time is Carmen Sandiego?, also debuted in 1996 on PBS. In addition to key core subject lessons, the game shows and animated cartoon taught young viewers important critical-thinking and socialization skills as they watched guests and actors analyze clues and collaborate toward the common goal of defeating Carmen and her V.I.L.E. henchmen.

The world's favorite dynamic villainess continues to educate, entertain, and elude her audience generation after generation. Will we ever catch Carmen? Who knows. Will we ever stop trying? Never! Why? Because through the pursuit we learn! For students, the only better feeling than the thrill of chasing Carmen Sandiego around the world is the empowerment that comes from the clever knowledge she teaches them. 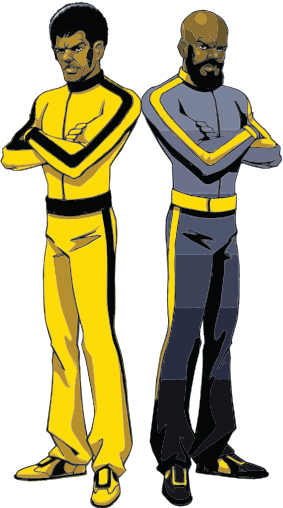